April is Autism Acceptance Month. I wrote a post at the beginning of this month about a visual processing disorder called Meares-Irlen Syndrome. This disorder is more common in autistic people, but is also pretty common in the general population. Click here if you want to read that original post. I wanted that post to be full of practical ideas. I hoped that, after reading it, readers felt they could potentially identify behaviours that might suggest they or someone they know has Meares-Irlen Syndrome and what they could do about it. That’s not the whole story though so I wanted to post a second blog about the emotional impact of having Meares-Irlen Syndrome.

The most basic way that Meares-Irlen Syndrome affects a person’s emotional development is by reducing their independence. A lot of the markers of a child’s increasing self help are difficult for people with Meares-Irlen Syndrome. For example, using cutlery is harder. You probably don’t realise it, but, as you move food from your plate to your mouth, this process is monitored by your eyes. If your eyes can’t smoothly track a moving object then they can’t provide your hand with accu 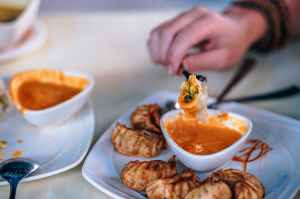 rate feedback about where a fork is in relation to your mouth. This means a lot of stained clothes and, with age, embarrassment about missing your mouth with your food. Crossing a road safely is hard when you can’t visually judge speeds and distances. Riding a bike is difficult when you can’t keep your balance. All these little and big difficulties make it harder to think of yourself as a competent and independent human.

It goes a little deeper than that though. I was talking to a friend and we happened to mention the word “gaslighting”. An extremely astute 9 year old girl was listening to us and asked us what it meant. We explained that it is when someone questions or manipulates your perception and memory so many times that you start to think you are going mad. She coolly replied that it sounded like what people do to her with her sensory processing; “my eyes are so sharp that I can see things that others can’t and then they tell me it is not there.” I thought that was really insightful and sad; and it’s similar if you have Meares-Irlen Syndrome. You perceive the world differently to others: a striped white and black t shirt might cause you to see wavy, rainbow auras in the stripes. 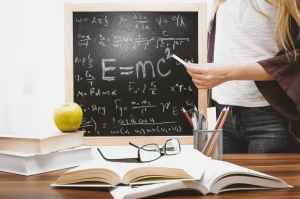 You also perceive the world differently to how others expect you to.  In primary school, I was quite verbally clever, but I really wasn’t doing that well at school.  The general consensus was that I was lazy and didn’t concentrate enough.  I started to fulfil my promise suddenly when I moved to secondary school.  I didn’t work out why until I was a teacher myself.  I had a classroom with a whiteboard and a black board next to each other.  I realised that I could read black pen on a white board, but I could not read white chalk on a blackboard at all.  My secondary school had white boards, and my primary school had black boards.  That was the difference in my achievement!  None of my teachers had considered that the gap between my potential and my achievement  due to my perception, not any defects in my personality!

I wonder if having Meares-Irlen Syndrome actually changes your world view.  I couldn’t find any research on this, but it seems plausible that the way you experience the world would impact on how you feel about things.  Someone with Meares-Irlen Syndrome lives in a world, where everything is relative.  Things are not always where you think they are.  Objects, people and animals don’t travel through space in the way you expect.  The world is unpredictable and a difficult place to trust under these circumstances.  I wonder if that extends to how you view people too, and whether people with Meares-Irlen Syndrome are more likely to be anxious and depressed as a result.

I may be taking things too far, but there is the Jesuit saying “Give me a boy until he is 7, and I will show you the man.”  At seven years old, I was clumsy and not really doing that well at school.  I still feel that way, regardless of what I have achieved since.  I can’t help thinking that having Meares-Irlen Syndrome has informed my personality, both my strengths and my weaknesses.

2 thoughts on “The Emotional Impact of a Visual Processing Disorder”